A laugh a minute with the Halifax Comedy Festival. 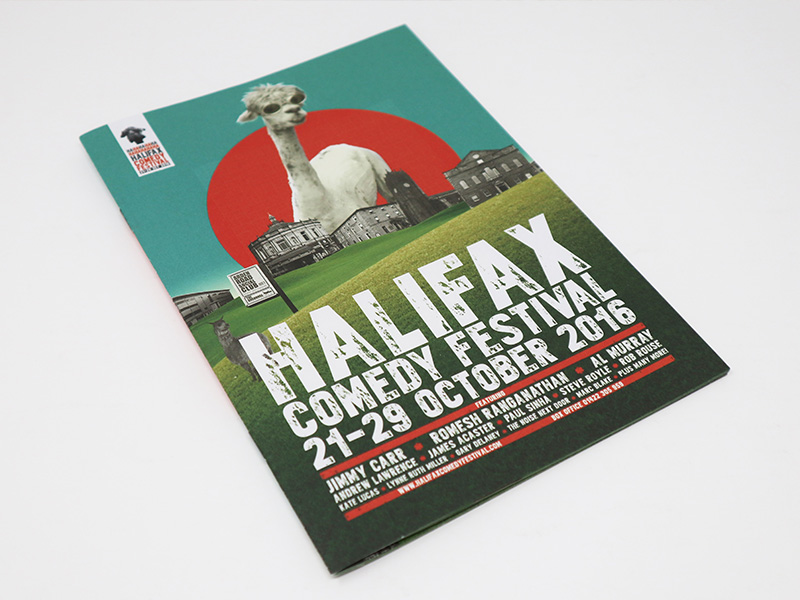 Every October, Halifax bursts into laughter as the town plays host to some of comedy’s biggest names and freshest new talent.

Halifax Comedy Festival, which takes over several venues in the town centre, has seen heavyweights including Jimmy Carr, Al Murray and Romesh Ranganathan delivering their unique humour. To say that we were pleased to win the pitch for the festival’s design and marketing is an understatement. But with such big names on board, the pressure was on to create a concept that reflected the scale of the festival. 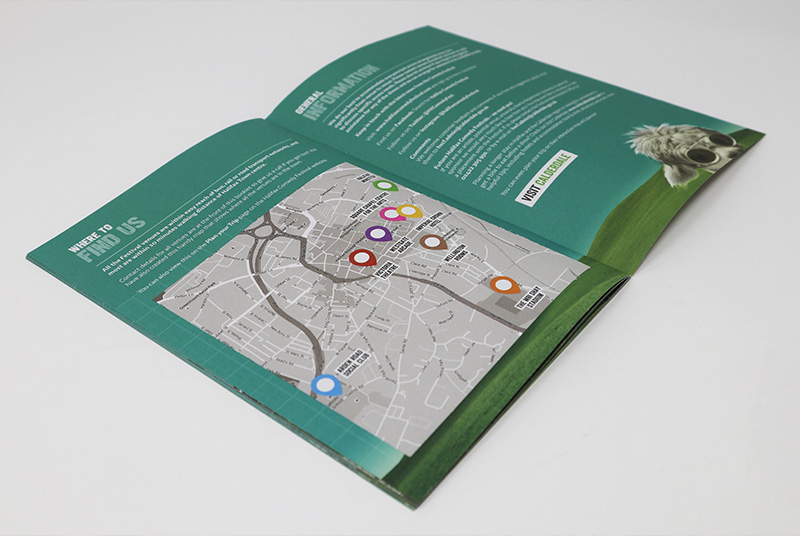 We pitched three impossibly fun ideas but the chosen one was a pastiche of Japanese cult classic, Godzilla. Every year, the alpaca features as the festival’s mascot and our winning idea had fun with images of the animal. We created a memorable graphic language by swapping the fiery Godzilla with a furry, giant alpaca. The image also featured the iconic venues at which the comedians were booked to perform. 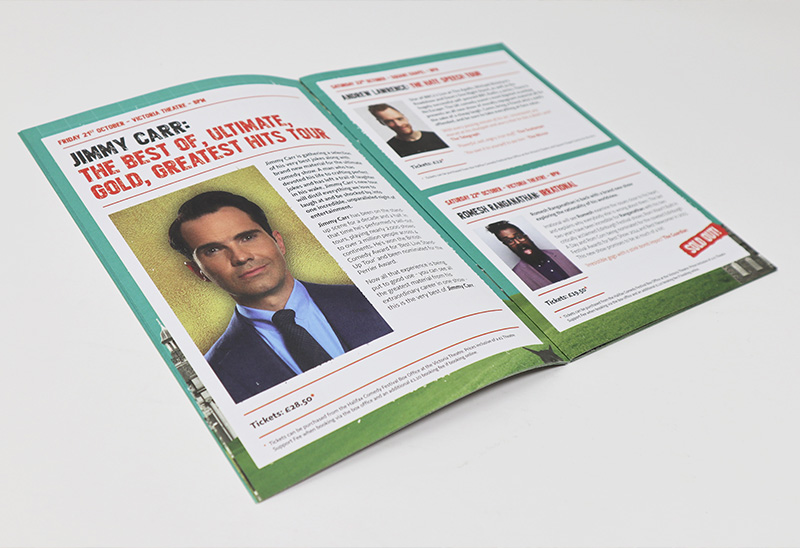 We designed an ethereal landscape featuring the famous Yorkshire hills, black and white buildings and a bespectacled alpaca. It appeared across posters, the event’s website and the official festival programme.