The TBB Crew take to the pitch for charity. 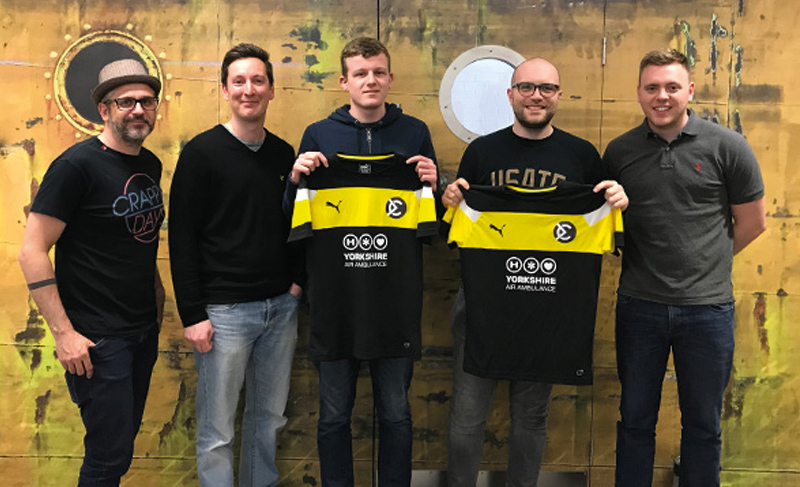 Five members of The Bigger Boat crew will be lacing up and stepping onto the hallowed turf at The MBi Shay Stadium on 20th May in a bid to raise vital funds for the Yorkshire Air Ambulance. Dave, Andy, Doug, Arron & Mark are playing in ‘The Match 2017’, a charity football match organised by Dave to raise £10,000 for the charity.

The lads are now asking for businesses and individuals to help them reach their target by donating to their Just Giving page. They are also asking the local community, friends and family to come along on the day and support them, with tickets on sale at the Coaches Club website.

Talking about the initiative, Dave said, “I really wanted to give something back and help my local community. I think footballers, the game itself and young lads can often get a bad rep in the media, so I wanted to show that something good can come out of playing a match.

All the players have paid to play in The Match 2017, so 100% of any funds raised will go to the Yorkshire Air Ambulance. That was really important to me, as people who donate then know exactly where their money is going.”

The lads all took part in a number of challenge videos in January, which helped viewers get to know the players a bit more. These videos were joined by a number of interviews that give a more in-depth look into the players, and a kit launch video is right around the corner. What GA4 represents for SEO

Any cookies that may not be particularly necessary for the website to function and is used specifically to collect user personal data via analytics, ads, other embedded contents are termed as non-necessary cookies. It is mandatory to procure user consent prior to running these cookies on your website.