The Bigger Boat Takes to the Track. 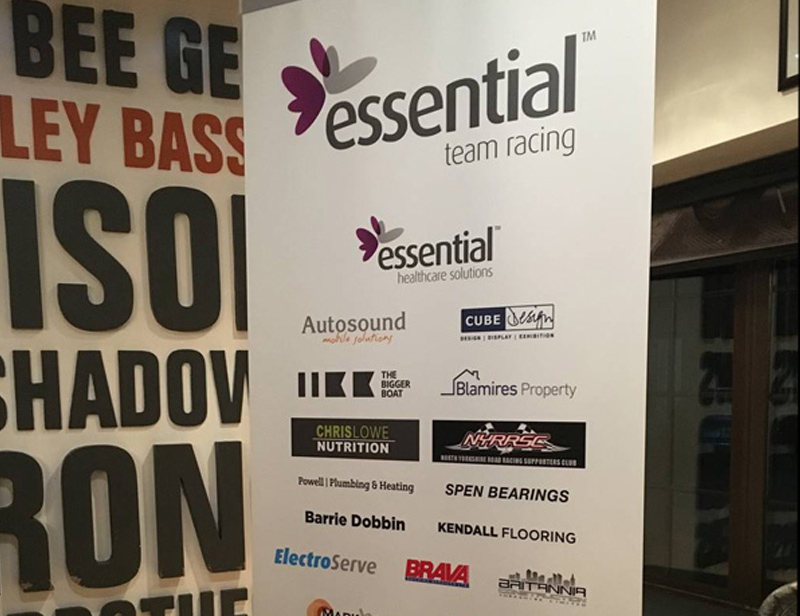 The Bigger Boat is pleased to be sponsoring Elliott Lodge of Essential Team Racing, for the 2016 British Moto 3 Season. Elliott is returning in his second season of Moto 3 after an impressive 9th place in his début season.

He has high hopes for an even better finish this year after plenty of improvements were made to the bike over the winter. The new season starts at Silverstone, and we wish Elliott all the best as he lines up on the grid come April 8th.

Our client, Essential Healthcare, is the behind the Essential Racing Team, so it’s great to support them. As part of the sponsorship, we had the opportunity to design the bike, leathers and supporting marketing collateral for the team, which was a really fun project – especially for us petrolheads!

We look forward to attending a race over the course of the season and hopefully watching Elliott pick up his first win in the Moto 3 class.