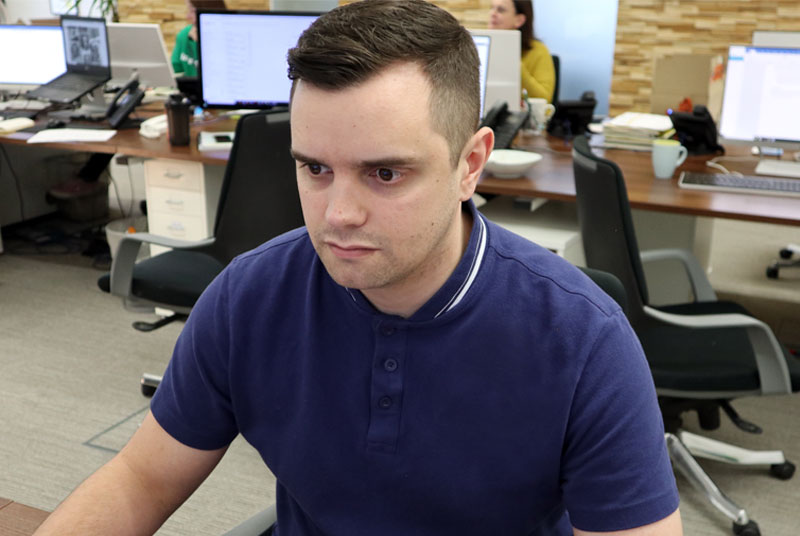 Web developer John joined the ranks towards the end of 2018 and has quickly settled within The Bigger Boat team and gotten to work on many of our clients’ websites. Here, he discusses where his passion for computers began and how that developed into an impressive career.

I’ve always been a bit of a computer enthusiast. When I was a kid, my dad was an early adopter of the personal computer – so much so that he became ‘that PC guy’ and if someone’s PC gave up he’d be called in to fix it. At as young as six years old I was helping him take PCs apart and put them back together. We’d take trips to the local PC shop (PC World didn’t exist back then) and marvel at all the new technology that had been recently released. I always knew from an early age that technology was going to play a big part in my life and my career.

In my teens, I spent hundreds, if not thousands of hours messing around on Photoshop and creating simple websites with HTML/CSS. I was obsessed with creating pretty user interfaces, but I was afraid to delve too deep into web development because I held the misconception that you needed to be some sort of genius to do it professionally. Up until my early twenties, I floated around various jobs trying to find a path or purpose in life. Plasterer, labourer… I even worked in a textile mill for a while, but I always held the desire to do something more creative and technical.

My career in software and web development started when I was offered a position as a database administrator for a marketing company in Elland. Over time there was a calling for us to automate everyday tasks and I slowly built the knowledge required for small web applications that were useful to the business. Eventually, I moved on to another role which gave me the opportunity to quickly expand my web development skills, working for the only business offering true virtual events in the UK. This included exciting projects such as Bristol University’s virtual tour.

I came across a job advertisement for a position at The Bigger Boat by chance, one day when I had decided to have a quick browse for jobs. As soon as I saw the company’s website, I immediately knew that this was the place for me. I applied for the position and after an interview and short trial, I was offered the job. Since starting at The Bigger Boat I have had the chance to work with big brands such as Little Tikes. I love the challenge the job brings every day, and being a small part of an amazing team.

When I’m not writing code, I’m a father to Amelia (16 months old) and John Jnr (two years old). I’m typically a fan of most science fiction and fantasy, including Star Wars, Star Trek, Game of Thrones and Marvel/DC. Other than that I play (or at least try to play) for several pool teams and enjoy spending time with friends while doing so. I also like cheese, of any type and any colour, and the odd beer (or three).